We are making it safer and easier to walk and bike in the Miramar, Kilbirnie and Rongotai area, to help achieve our goal of moving more people with fewer vehicles.

Right now, there is no safe crossing point between Miramar and the Evans Bay Parade traffic lights. This means that some people make dangerous crossings, and other people may choose to drive, even for short trips. This adds to congestion and emissions.

We plan to provide a safe crossing, controlled by traffic lights, that connects the new Tahitai Cobham Drive paths near ASB Sports Centre. This will make it easier for people in Miramar to walk or bike to the sports centre and to Kilbirnie town centre. It will also help people in Kilbirnie, Lyall Bay and Rongotai to get onto the new paths, which will soon provide a safe walking and biking route all the way to the city centre.

This project is part of our three-year programme focussed on delivery of projects that can get underway the soonest and help make it easier to get around on foot, by bike or by bus. We plan to start construction by the end of this year.

We are also consulting the community on safer speed limits in two sections of State Highway 1 between the Mount Victoria and the Airport. After completing a review of the current speed limits, we propose to change the limits on Ruahine Street (70km/h changing to 50km/h); and on Cobham Drive and Calabar Road (70km/h changing to 60km/h). An additional short stretch of Cobham Drive which is not part of SH1 is also included, to keep speed limits consistent.

Speed is a factor in every crash. No matter what the cause of the crash is, the faster the vehicle is travelling, the more likely it is that somebody will be hurt or die. Setting safer speed limits helps save lives.

Why change is needed 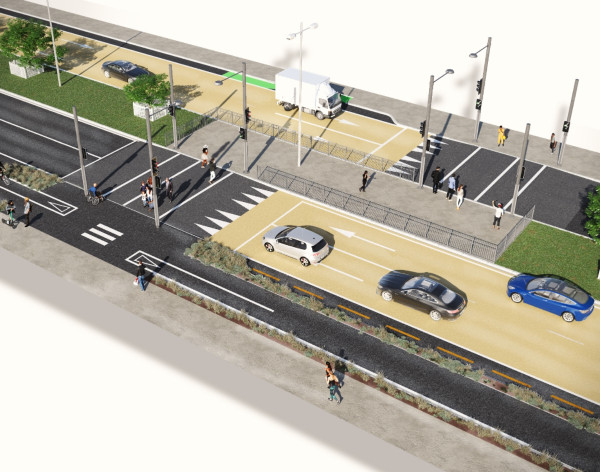 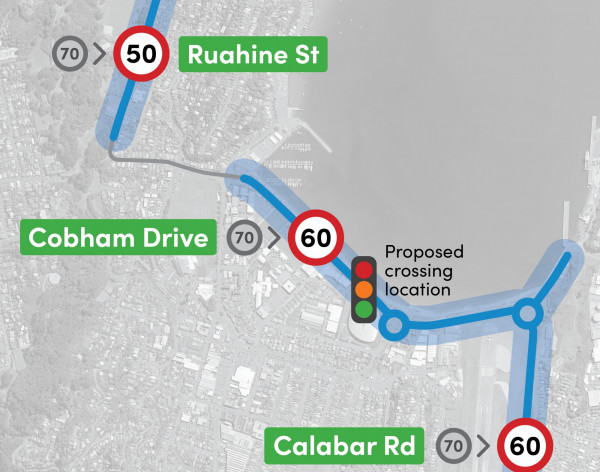 Would the proposed crossing make you more likely to walk, run, bike or use a scooter for trips around the area?

The crossing is located in the right spot to help you get to where you want to go in the area?

How important is it to make changes to improve safety on State Highway 1?

What is the primary way you travel through and around the area?