Consultation is now open on a proposal to lower speed limits on most central city streets to 30km/h.

This is your chance to have a say on the proposal before Wellington City Council makes a final decision on the change in May.

If you made one of the 1,190 comments on our initial proposal to reduce speed limits on most central city streets in late 2019, thank you. We've published the summary report here.

In early February, Wellington City Council approved proceeding to formal consultation on the proposed changes. In the initial proposal, we had suggested the speed limit on Taranaki Street be reduced to 30km/h. Following feedback, we are now proposing to keep it at 50km/h.

Have your say about central city safer speeds here 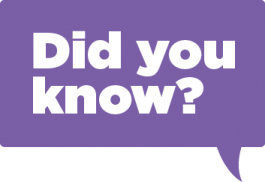 In late 2019 we received more than 1,600 comments on how the Golden Mile could be improved to give buses more priority, and to create a better environment for people walking and on bikes. If you gave us your comments, thank you. We're currently finalising the engagement report and will publish this in the next few weeks.

We'll also let you know what types of improvements we're thinking of trialing in the short-term, while we work on the long-term vision for the Golden Mile.

We need to make a start now on moving more people with fewer vehicles. Thorndon Quay and Hutt Road are part of the critical northern route to and from the city but buses are often stuck in traffic, and parts of the route are poor for people on bikes.

Our Thorndon Quay and Hutt Road project team came on board in January. They're working through lots of existing information about the known issues and opportunities along these roads, and over the next few months, will be engaging with people who run businesses, own property, work, shop and travel through this area.

We'll keep you posted on opportunities to have your say on early improvements.  Later in the year, we'll also be asking what you think about options for the long-term plan for Thorndon Quay and Hutt Road.

From this Sunday (19 July), the speed limit on most of Wellington’s central city streets will change from 50km/h to 30km/h (main roads will remain at 50km/h).