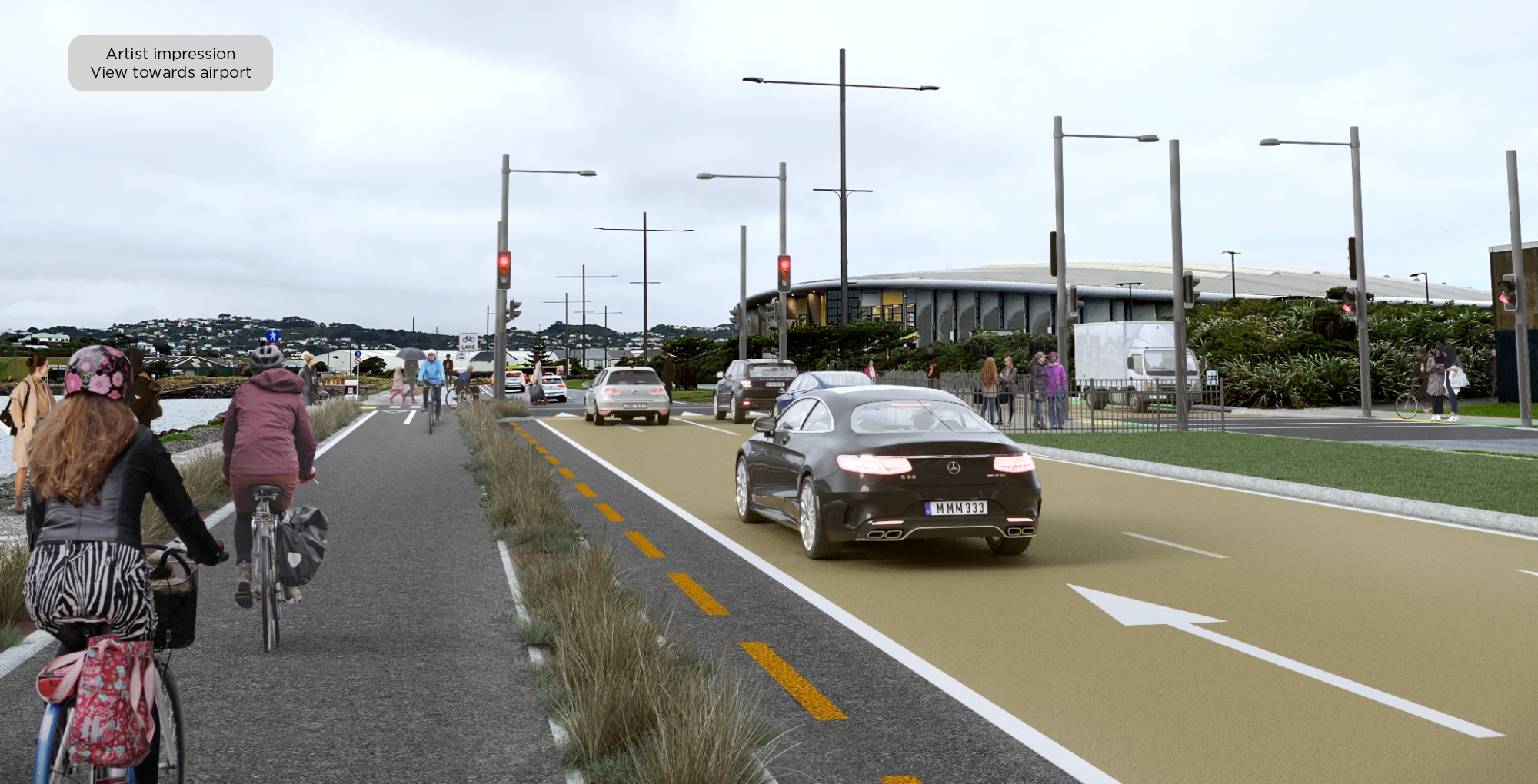 The projects support Let’s Get Wellington Moving’s objectives of improving safety for everyone using our city’s roads, streets and paths, and reducing reliance on private vehicles.

“We want everyone who uses our roads to get to where they’re going safely. Even when speed doesn’t cause a crash, it is always a factor in the severity and can be the difference between a person being killed, seriously injured, or walking away from a crash,” says Ms Speight.

The new crossing on Cobham Drive is proposed to be located West of Troy Street to enable easy access to the ASB Sports Centre and connect to the recently opened Cobham Drive Tahitai walking and bike paths.

“Right now, there is no place to safely cross State Highway 1 anywhere between Miramar and the Evans Bay Parade traffic lights. We have tragically seen fatalities when people have crossed Cobham Drive, which is currently a massive barrier to walking, running, and biking between Miramar and Kilbirnie.  This severance was certainly an issue when the ASB Centre was proposed.

“We are also already seeing increased numbers of people cycling, walking, and running as a result of the shared pathways we’ve built around Cobham Drive and Evans Bay. The crossing will make it easier to get to and from the pathways into Kilbirnie helping people get where they’re going by bike or foot,” says Mayor Foster.

The proposed crossing would be controlled by two sets of traffic lights (one for each direction of travel). This offers safer crossings and, when activated by pedestrians, would mean shorter red light wait times for people travelling in vehicles on SH1.

The proposals have been considered with safety and ease of access top of mind.

Investigations by Let’s Get Wellington Moving found that a crossing at road level controlled by traffic lights is the most cost-effective way to improve safety and can be built the soonest with the least disruption.

As it would be on a slightly raised platform with clear road markings, a road-level crossing would improve ease of access for people of all ages and abilities. It would not require long ramps or stairs going over or under the road.

Construction on a crossing is expected to begin later this year.

Daran Ponter, Chair of the programme’s Governance Reference Group and Greater Wellington Regional Council, said it was great to see swift action being taken for the safety of the local residents.

"What we are seeing from the programme now is a greater focus on delivery for Wellington's communities. Once locals have had their say on the solution we can get on with the construction," says Chair Ponter.

Consultation will run from 30 June until 28 July. Submissions can be made by visiting lgwm.nz/SH1Safety, emailing the Let’s Get Wellington Moving team at info@lgwm.nz, completing a paper form or by providing feedback at one of the open days.

Speed limit decisions are made by individual road controlling authorities under the Land Transport Rule: Setting of Speed Limits 2017. Let’s Get Wellington Moving is carrying out consultation on new speed limits as a part of the speed limit setting process of its partner organisations Waka Kotahi NZ Transport Agency (for state highways) and Wellington City Council (for local roads), under the Rule.

Better access and safety for pedestrians across multiple central city locations is on the way, with a suite of intersection improvement projects due to roll out as part of the Let’s Get Wellington Moving (LGWM) three-yea

An option to transform Wellington’s Golden Mile has received strong public backing, with the majority of people telling Let’s Get Wellington Moving that they support plans to re-energise the Golden Mile.