We set up a trial to understand how people who move around this area will respond to different layouts and materials on the cycle path and pavement for this part of Hutt Road.

What did we do?

We tested different options, using temporary materials, to see what designs are most effective in reducing potential conflicts between pedestrians and cyclists. The trials were in place from late July through to early September 2022.

We engaged with parents, the day-care facilities, cyclists and pedestrians to inform these trials and also the final design for the two-way cycle path as part of Let's Get Wellington Moving's Thorndon Quay Hutt Road programme.

From our earlier consultation in 2021, stakeholders told us that there are conflicts outside of the two childcare facilities on Hutt Road, particularly regarding issues with cyclist speeds and conflicts between cyclists and parents / caregivers and children crossing the two-way cycle path from and to parked vehicles.

There were two trials, involving different layouts and materials on the cycle path and surrounding footpath. 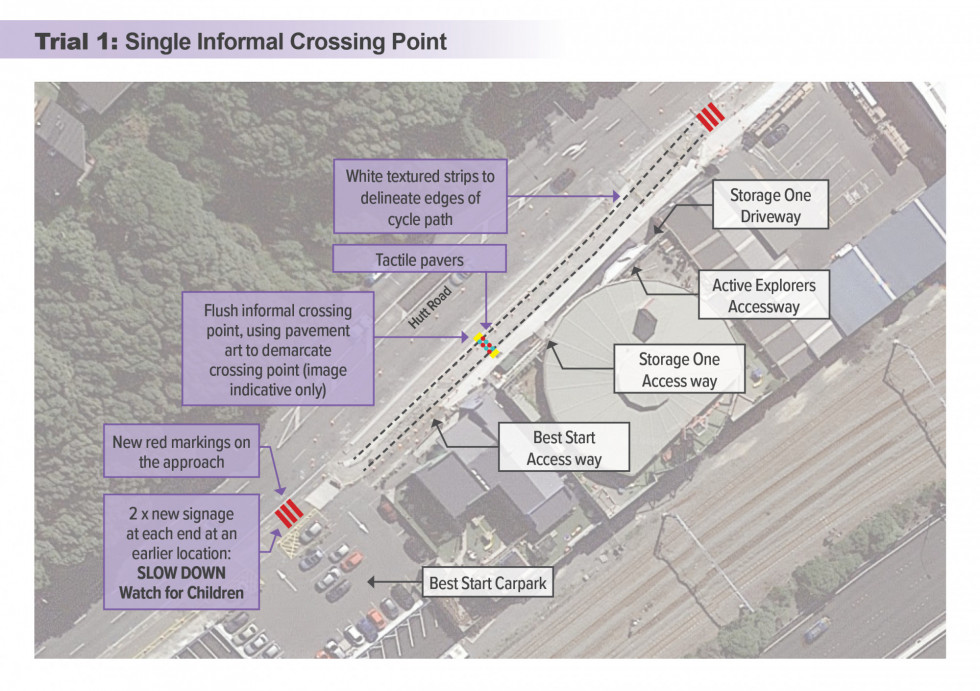 We trailed new signage, white line markings to delineate edges, installing temporary tactile pavers and an informal crossing across the cycle path, as well as using additional red markings on the approach to the area to give cyclists an earlier warning. 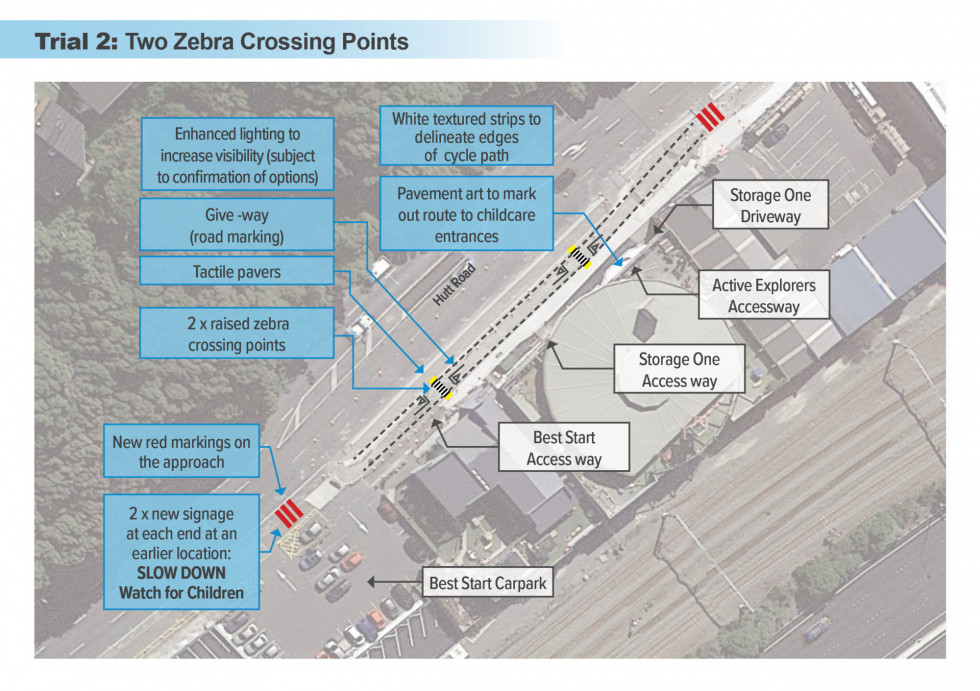 In the second trial we used two temporary raised zebra crossings, tactile pavers, give way markings on the approach to the crossing, as well as temporary removable lighting. We are also trialling some pavement art as another option to see if we can improve how parents / carers and their children move through the area.

We’re here to help. If you are unable to find the information you need, please get in touch and our team will get back to you.
Email us on: tqhr@lgwm.nz