The speed limits on most central city streets are now 30km/h.

The speed limit on most central city streets has changed from 50km/h to 30km/h. This decision was made unanimously by Wellington City Councillors on 11 June, and is the first step in encouraging more people to walk and cycle in the central city.

The speed limit on the main through roads will stay at 50km/h. This is to encourage people driving through the city to use these main routes rather than quieter streets. The map below shows the streets that are 30km/h. You can also view a list of affected streets.

For now, Taranaki Street remains at 50km/h although this is likely to be changed in the future. If it becomes part of a mass rapid transit route, we’d review the speed limit at that time.

Why do this now?

A 30km/h speed limit will help to make Wellington’s city centre a more pleasant and relaxed place, and provide a better environment for people walking and on bikes.

The map of the city centre and Te Aro shows the safer speed zone.

If you're having trouble viewing the map below, download a pdf (180KB .pdf).

You can also view a full list of the affected streets

From 24 February to 31 March 2020, Let’s Get Wellington Moving engaged on the proposal to lower central city speed limits in Wellington.

There were 1712 submissions, including 24 from stakeholder groups. Sixty-four percent of submitters supported the proposal while 34 percent opposed it.

Consultation Report
From 6 November to 15 December 2019, Let’s Get Wellington Moving engaged on an earlier proposal to lower central city speed limits in Wellington.

There were 1190 pieces of feedback received from 475 people, including seven submissions from stakeholder groups.

The engagement had a map-based platform where people could give their feedback on specific locations. 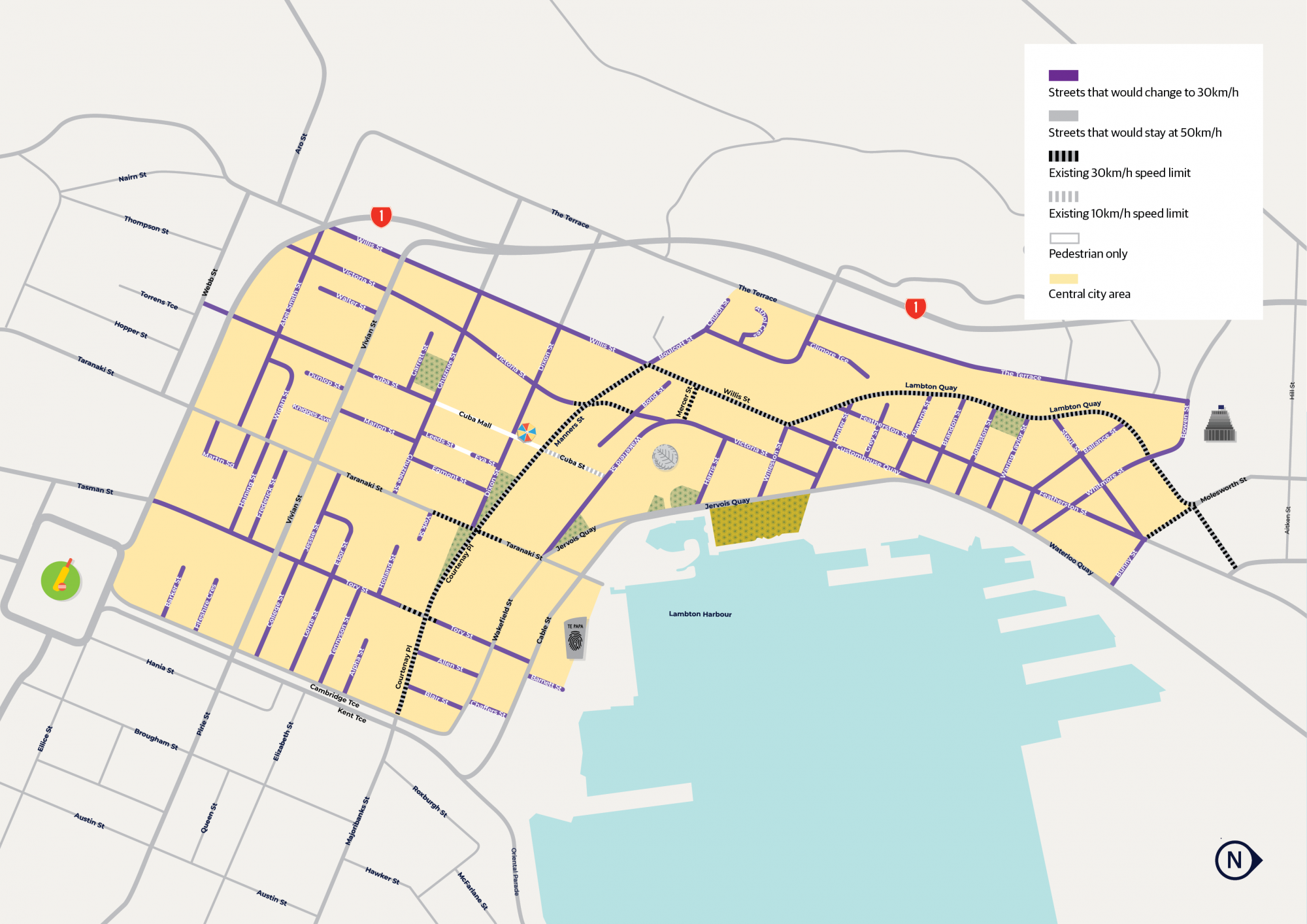 Have your say on recommended speed changes

people have had a say

Do you support the proposal as shown which will lower the speed limit to 30km/h on the proposed streets?

What is your main relationship to the central city area?

How do you usually travel to get to the central city?