Today we updated Wellington’s regional and city councillors on our transformational programme, which will support and enable the region’s transport and urban development future.

To reach a preferred option, the team assess each of the four options, using a decision-making process that includes six key areas of work. 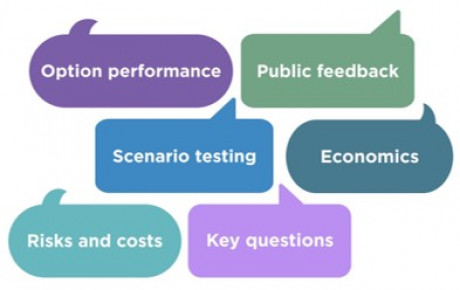 One significant part of this process is the six-week intensive public engagement held late last year, which provided feedback on those four options, all designed to help transform the Capital.

“Public feedback is being considered, alongside the other factors that will ultimately determine the preferred option we will recommend.

“There was a strong appetite for change, but people told us that whatever transport and urban development option is chosen it needs to be delivered once and be right first time, including representing the best value for the considerable investment."

“Wellingtonians also want balance between principle and reality. For example, a mass rapid transit option needed to respect Wellington’s unique terrain and whether it could be extendable in the future., Although some agreed the region would benefit from more housing, many were concerned what urban intensification would actually look like."

David Brash said that almost 5,700 individuals gave their opinion, and 41 key stakeholder groups and organisations made full written submissions on what options they preferred.

“In addition, we also ran parallel market research of over 1200 people to make sure the responses broadly reflected the community’s diversity, and a fair spectrum of views were represented."

“The result of this research was that local opinions were relatively consistent with what was expressed in main engagement report.”

Outlining the next steps, David Brash said that an indicative preferred option would be released mid-year and, if our partners endorse the preferred option, it will move forward in a detailed business case, and once that is approved, further design, engagement and consenting can begin.

The full engagement report and the parallel market research can be found here.

*NOTE:  The four options being considered are: