The voices of those frequenting the pavement along Hutt Road are being heard as trials of a new cycle path by Let’s Get Wellington Moving set out to improve the safety of cyclists and pedestrians alike and reduce conflict between users.

For the last six weeks, as part of the Thorndon Quay Hutt Road upgrade, we’ve been trialling some improvements. These have involved testing temporary changes to the layout of the cycle path and surrounding pavement outside early childhood centres BestStart and Active Explorers.

The trials were implemented to address several issues tabled by the community. Cyclists, parents and caregivers have previously flagged that they were unhappy with the current path layout.

“We’re delighted to have developed the options based on user experience,” says Hannah Hyde, who is managing the wider project along Thorndon Quay and Hutt Road. “And we’re delighted to have received more than a hundred pieces of feedback on the trial to help us understand what’s going to work best for people who move around this area of the road, the cycle path and the pavement.

Let’s Get Wellington Moving has engaged with cycle and pedestrian groups, all child-care facilities on Thorndon Quay and Hutt Road, and other road users. These views, together with the online survey feedback and observational data, will be used by the project team to work out what changes will work best to manage conflicts between the different user groups.

“The rich feedback we’ve received is incredibly valuable and will be fed into the final design for this project, as well as into other work across Let’s Get Wellington Moving. It tells us what helps people to feel safe.” 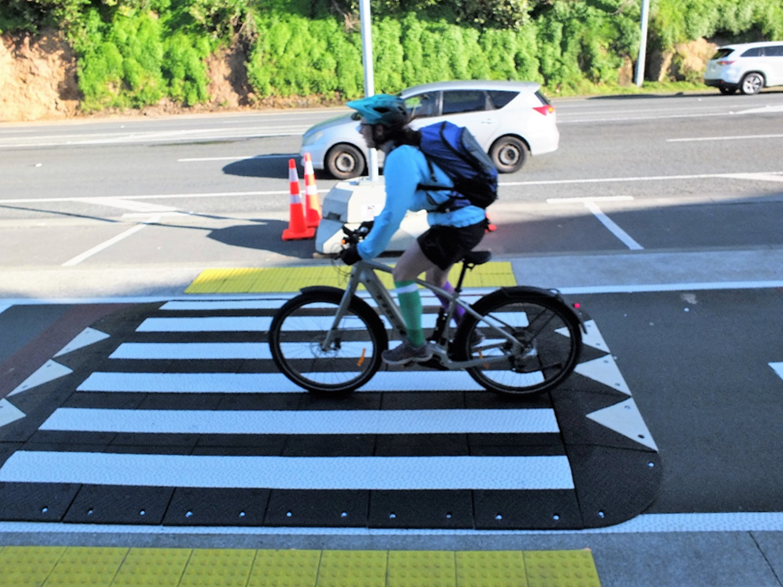 People travelling by bike noted the importance of this route as their primary way of commuting to work.

"While I am encouraged to see a trials-based approach from LGWM to improve part of our transport network, and hope to see more collaborative design like this in future,” says Alex Dyer, co-chair of Cycle Wellington, “I was saddened to see it being used to make it easier for people to perpetuate car-dependent habits at the expense of people riding bikes.

“If we're a society that truly cares for the health and safety of our children, we would all be much more concerned with how to make our city and transport systems require less car parking and driving altogether."

Transport planner Erica Walker believes that streets need to be planned in a way that encourage more empathetic and considerate behaviour among all users.

“These trials are really important, not only to influence the wider design for the Thorndon Quay-Hutt Road project, but also to build on the growing body of evidence to support better street design that takes into account the needs of both pedestrians and cyclists.”

Many changes have been proposed to make both Thorndon Quay and Hutt Road safer and more reliable for all types of transport. For now, and for the future, all those on the move should be considerate of how others around them are traveling so that Wellington can get moving, safely and together.

A summary report of all the survey results will be published soon.

Find out more about this project

We're transforming Thorndon Quay and Hutt Road to provide safe and reliable travel choices for everyone and create a more attractive street environment.