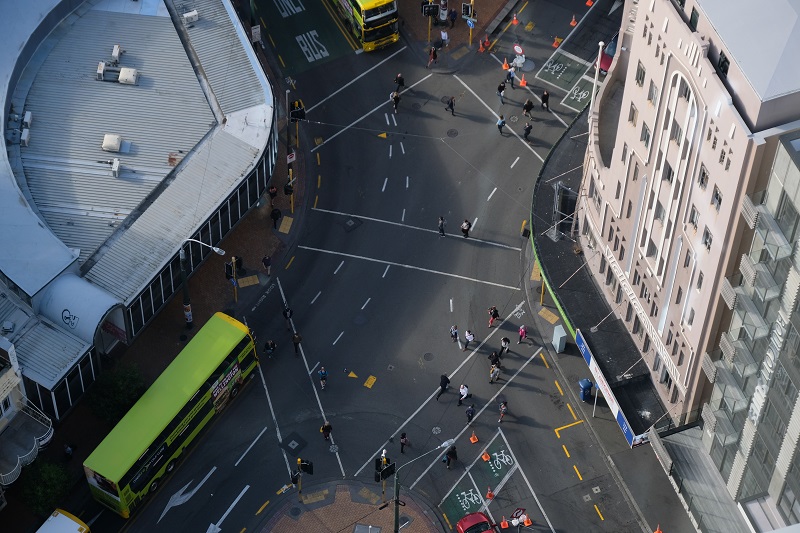 Nearly 2000 people, businesses, groups and organisations gave feedback on the future of the Golden Mile during public engagement in June - August this year.

An engagement report summarising their feedback has now been published.

Three possible design concepts for changes to the Golden Mile were developed following public engagement in 2019, when Wellingtonians told us what they wanted to see on the mile that runs from Lambton Quay to Courtenay Place.

In June-August 2020 we spoke to Wellingtonians again and asked them to tell us what that they liked or didn’t like about these concepts and why. We also asked people to tell us which concept they preferred for the different sections of the Golden Mile, as we understand that each street that makes up the area is different.

Let’s Get Wellington Moving Programme Director, Andrew Body says the programme is pleased with the level of engagement it received.

“The Golden Mile isn’t just important to the region and network, it’s important to people and the community. We’ve received a diverse range of invaluable feedback on these concepts, and we’re very thankful for the level of honest engagement we received,” says Mr Body.

“The responses to our online survey have shown strong community support for significant changes – especially for public transport, walking and cycling. We’ve also heard the concerns from some of the retail and hospitality businesses located in and around the Golden Mile.”

More time to give feedback on Golden Mile concepts

Transforming the Golden Mile is one step closer

The plan presents the case for change to Wellington’s central city, outlining how the preferred option of ‘Transform’ would significantly change the road layout from Courtenay Place to Lambton Quay, creating vibrant, attractive and wider pedestrian spaces, bus lanes, dedicated areas for bikes and scooters and removing private motor vehicles.

More time to give feedback on Golden Mile concepts

A big thank you to the more than 1,000 Wellingtonians who’ve already told us what they think of the three different concepts for the Golden Mile. We’ve heard that some people would like a bit more time to provide feedback, so we’re extending the public engagement for another two weeks.