People can look forward to safer and more connected communities with lower speed limits to be introduced between Mt Victoria and Wellington Airport, and a safe crossing on State Highway 1 along Cobham Drive.

Assisted through public consultation, Let’s Get Wellington Moving will also conduct further investigations into whether an alternative option such as a bridge or underpass may be suitable as a long-term option for people to cross Cobham Drive.

“Right now, people are making unsafe crossings because there is no convenient alternative for almost two kilometres along Cobham Drive. Our priority is creating a safer environment as soon as possible, while also planning for the future,” says Waka Kotahi Director Regional Relationships and Let’s Get Wellington Moving representative Emma Speight.

“These changes will make it safer and easier for people to move around the area, including the increasing number of people walking, running, riding bikes and using wheelchairs on the new shared pathway along Evans Bay”.

There is currently no safe crossing between the Evans Bay intersection and north Miramar. The crossing on Cobham Drive will provide a safe way for people to cross the road and improve connections between Miramar and Kilbirnie, including access to several schools and the ASB Sports Centre.

The crossing will only operate when called by a person who wishes to use it, and the sequence will be staggered so that traffic on one side of the road is not interrupted by a person crossing the other side. If no-one is using the crossing, vehicles will not be required to stop.

Over 250 people per day are forecast to use the crossing. When the crossing is activated, the average delay experienced by people driving on Cobham Drive is expected to be around 15 seconds.

Both the speed limit changes, and the signalised crossing combined mean a journey in free-flowing traffic from Ngauranga Gorge to the airport could take up to 50 seconds longer during peak travel periods.

The stretch of state highway between Mt Victoria and Wellington Airport had 528 crashes over the last ten years, which left two people dead and 16 people seriously injured.

This puts it in the top 10% of roads where a lower speed limit could result in fewer people dying or being seriously injured.

“This is an important corridor for everyone living in the Wellington region, airport users and locals. We heard a lot of varied feedback, and we thank everyone who took the time to make a submission,” says Emma Speight.

“We’ve made a decision that will make this area safer, as soon as possible, but we are also planning for the future. As our city grows and adapts, we need to provide options for people to get around safely and easily, regardless of how they choose to do that. We know that if every new household keeps using private cars as their primary transport mode, we’ll face a seriously congested future.”

Let’s Get Wellington Moving has also made several changes to the proposals, based on feedback received during the consultation period:

The Cobham Drive crossing and speed review is a key part of Let’s Get Wellington Moving. Providing this infrastructure now will help people choose public transport and more active ways to travel and help deliver the major changes that Wellington is waiting for.

In late 2021 Let’s Get Wellington Moving asked the public for feedback on Mass Rapid Transit options to the south and east. These options will help enable transformation of Wellington’s transport system to support urban development, reduce carbon emissions, offer greater transport choice, and make it safer and easier for people to get around the city and region.

With design work now finalised, construction of the crossing will begin in April, with safer speed limits to be introduced in line with construction.

More information on the project 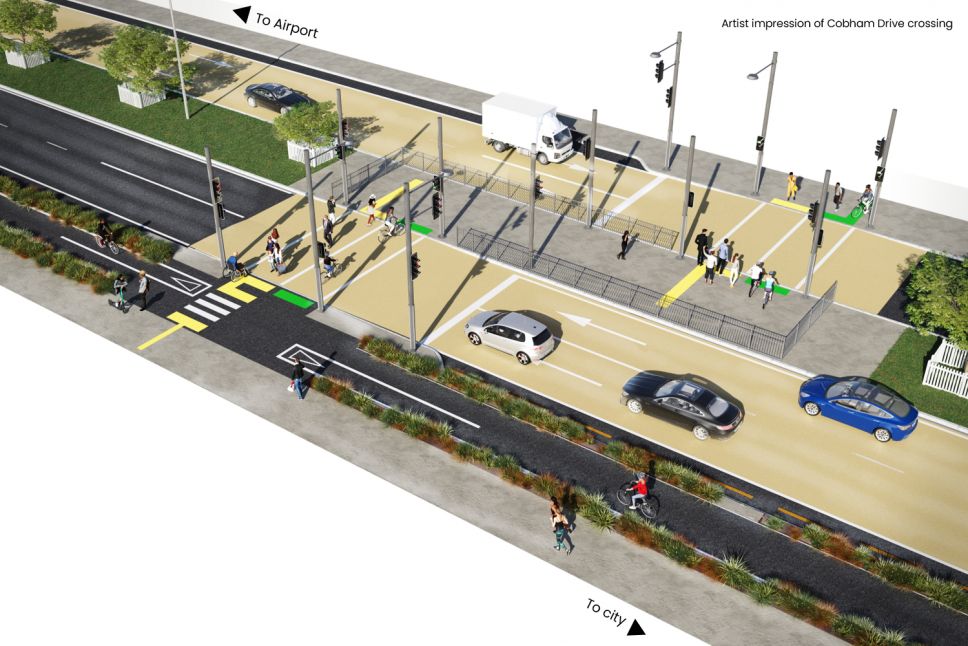 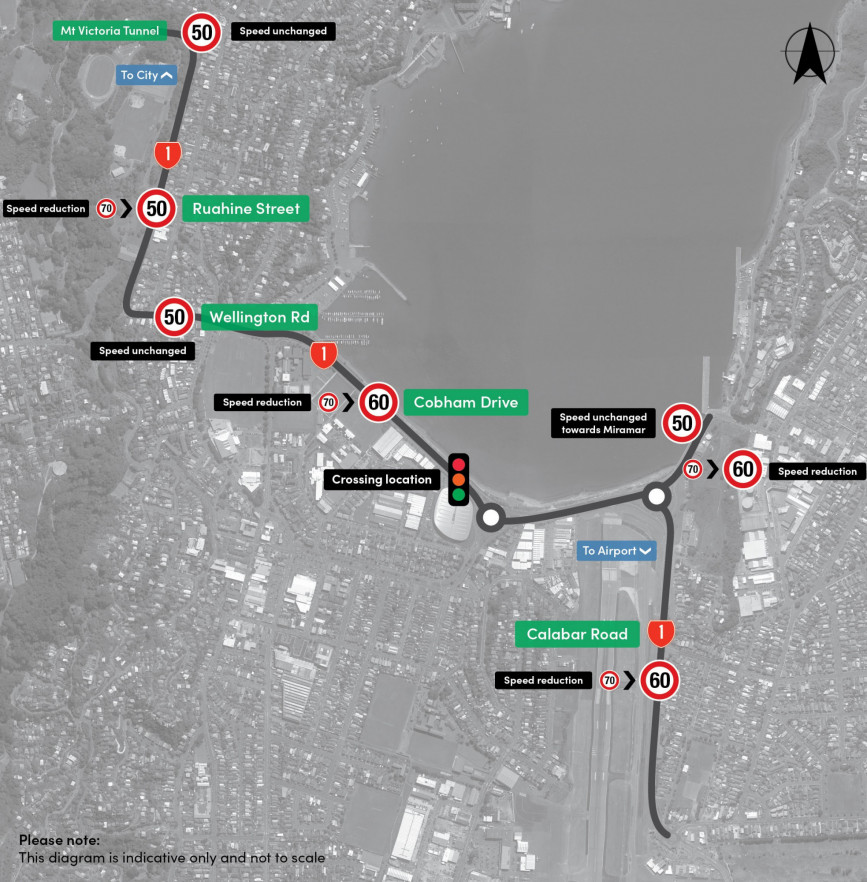