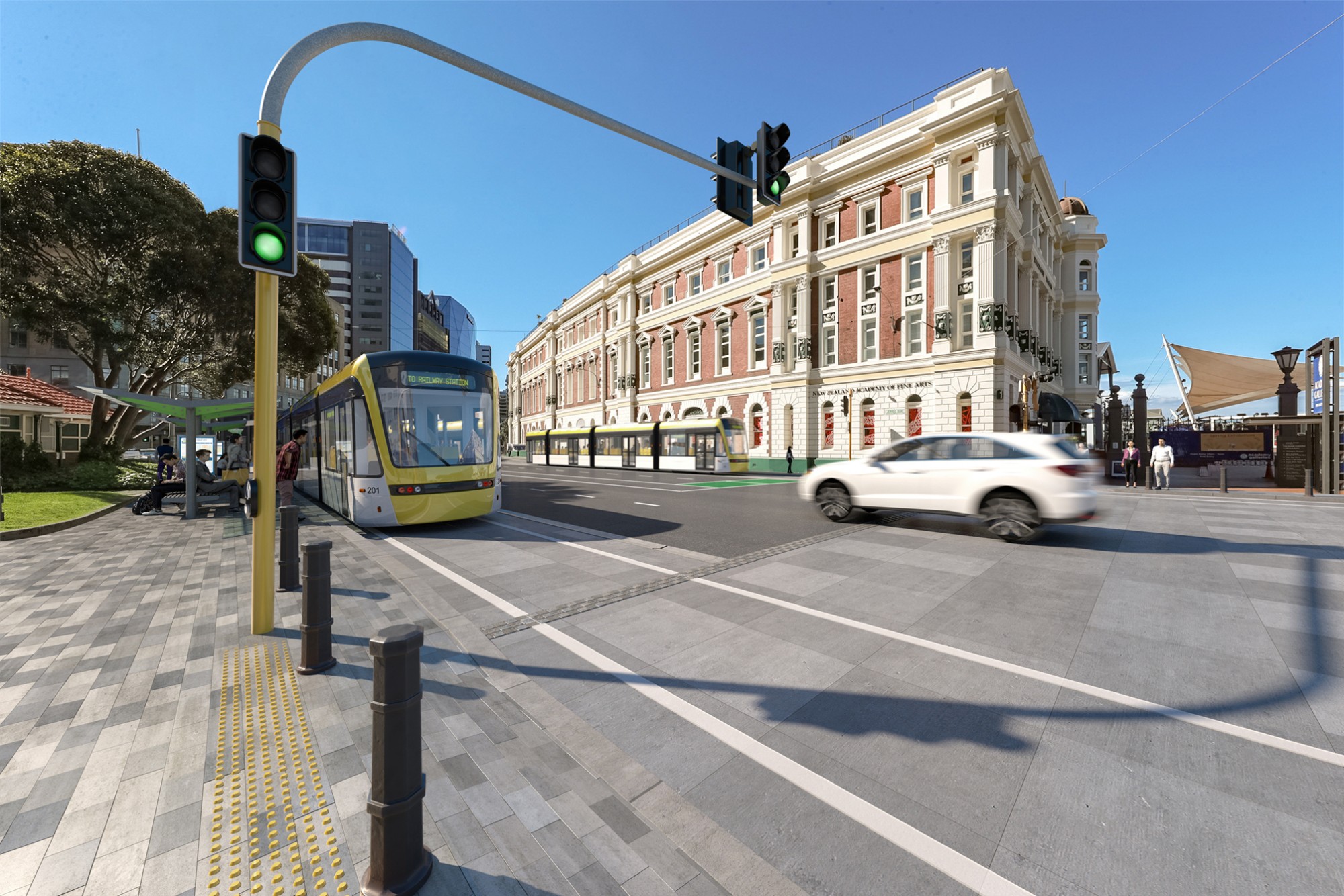 Work to identify the best options for mass rapid transit and state highway improvements is set to begin, as part of the next phase of the $6.4 billion Let’s Get Wellington Moving (LGWM) programme.
Contracts for the next stage of engineering, design, and planning work on the two largest projects in LGWM have been awarded with business case work to start immediately. The indicative business case for the strategic highway improvements project will identify preferred options for unblocking the Basin Reserve and providing an extra Mt Victoria tunnel, and the mass rapid transit business case will inform decisions about the type of mass rapid transit and the preferred route.
“Getting these projects off the ground is a significant step for Let’s Get Wellington Moving. The rapid transit and state highway improvements projects are the pillars of this city-shaping programme, which will move more people with fewer vehicles through the city,” Transport Minister Phil Twyford said.
“We know that modern cities of any scale must integrate rapid transit and public transport alongside the roads and motorways if they want to escape chronic congestion – that’s what LGWM will do.
“These business cases will provide central and local government partners with information to make key decisions on these projects as part of the wider Let’s Get Wellington Moving programme, including sequencing,” Mr Twyford said.
Wellington Mayor Andy Foster says: “It’s great that we have taken another significant step towards delivering our Let’s Get Wellington Moving promises and programme of work. Awarding contracts for investigation of the Mass Transit and State Highway work to a consortium of companies with such extensive local and international experience and expertise is fantastic. I particularly want to hear their views on issues such as route, mode, timing and cost and how all the different components fit together.”
Daran Ponter, Chair of Greater Wellington Regional Council says: “This is a huge undertaking for Greater Wellington, the City Council and Government. Wellingtonians will be pleased to finally see the detailed planning work underway and will look forward to hearing updates during the course of the year. We’re keen to understand how mass transit will integrate with the region’s public transport network and bring ratepayers and customers more choice when accessing key regional destinations such as the hospital and airport.”
The contract for the state highway work has been awarded to a team with extensive experience in New Zealand infrastructure projects from Aurecon and Future Group (a consortium of Stantec, Jasmax, WSP and Boffa Miskell). The contract for the mass rapid transit work has been awarded to a strong international team, supported by local experts, from GHD and Jacobs.
This initial business case work is expected to be completed in early 2021.
The estimated combined investment in mass rapid transit and state highway improvements will be $3 billion.
Let’s Get Wellington Moving is a partnership between Wellington City Council, Greater Wellington Regional Council, and the NZ Transport Agency. LGWM’s vision is to build a great harbour city, accessible to all, with attractive places, shared streets, and efficient local and regional journeys.

Staying safe and keeping in touch