There is a lot going on in the Wellington region, find out about some of the wider considerations for the Thorndon Quay and Hutt Road project.

The Thorndon Quay and Hutt Road project is working with key stakeholders to understand the impact of proposed changes and how we can design a solution that considers future growth and other projects. Significant regional considerations are: 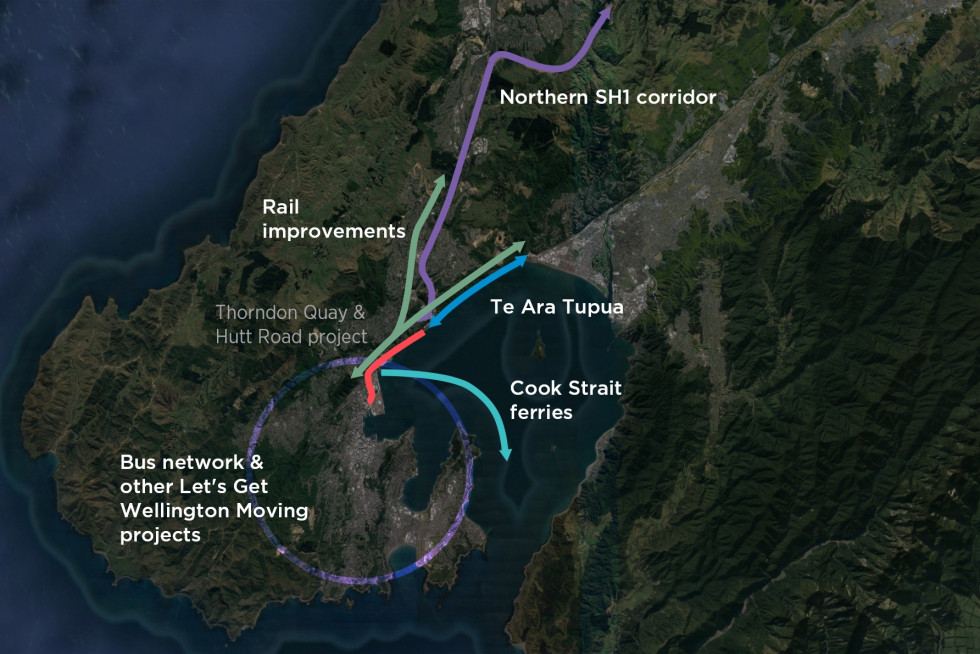 Waka Kotahi is partnering with Wellington City Council, Greater Wellington Regional Council and Hutt City Council to provide a walking and cycling route between Ngauranga and Melling. When completed, Te Ara Tupua will create a safe and efficient 12km route between Wellington's central city and the Hutt Valley, and connect with other walking and cycling paths such as the Petone Esplanade and Hutt River Trail.

Find out more our project that supports better bus journeys

When fully completed, the 100km State Highway 1 (Wellington's northern corridor) will provide a safer, more reliable and more efficient highway connection from Wellington to Levin, and to the wider North Island. This corridor includes the completed Kapiti and Mackays to Peka Peka Expressways, and the Transmission Gully, Peka Peka to Otaki and Otaki to North of Levin projects.