Too many people are being killed or seriously injured on roads and paths in Wellington. We want to make our city safer for everyone.

About the speed limit proposal

Speed is a factor in every crash. No matter what the cause of the crash is, the faster the vehicle is travelling, the more likely it is that somebody will be hurt or die. People make mistakes, and we will never eliminate crashes, but speed can be the factor that determines whether someone is killed, seriously injured or walks away unharmed. A small reduction in speed can make a big difference, especially when cyclists or pedestrians are involved.

On SH1 between Taurima Street and Stewart Duff Drive (Wellington Airport), two people were killed and 16 people were seriously injured in crashes from 2011 to 2020. Please note 2020 data is incomplete.

We want to hear what you think about the proposed new speeds for SH1 between Mount Victoria Tunnel and Wellington Airport, and if there is anything we should consider before making a final decision to change the speed limit.

We are proposing to reduce the 70km/h speed limits on SH1 East of Mount Victoria. On Ruahine Street, we propose a 50km/h limit. On Cobham Drive and Calabar Road we propose a 60km/h limit.

Setting a 60km/h limit on Cobham Drive is also part of making sure our proposed crossing is safe for all road users. 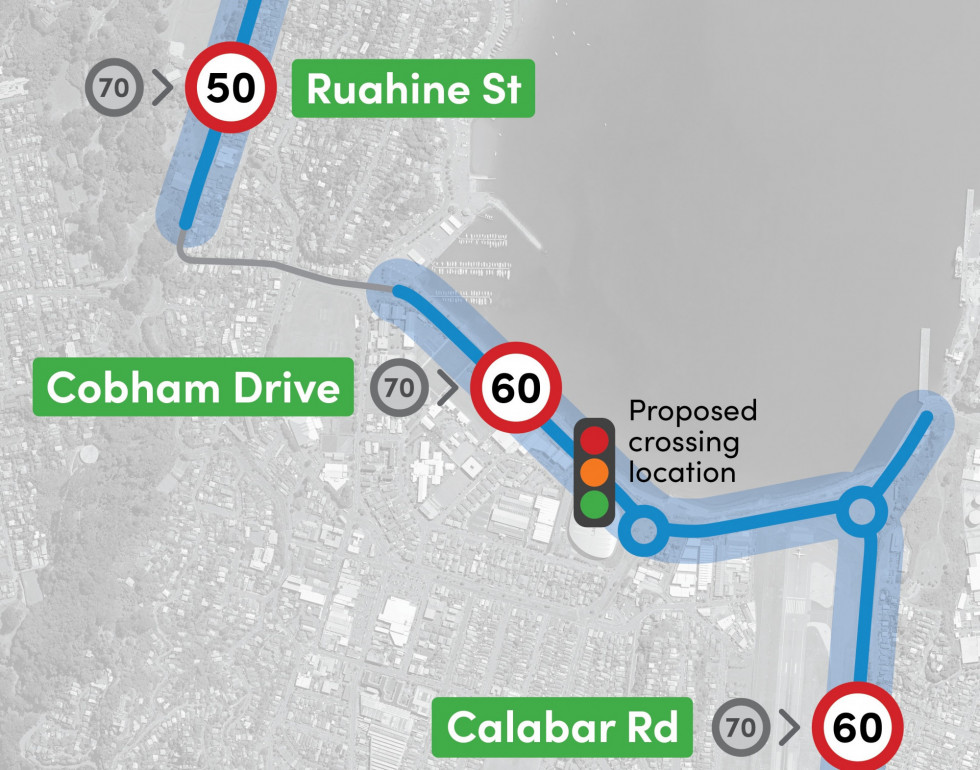 Considering both the speed limit changes and the proposed crossing, our assessments show that a journey, in free-flowing traffic travelling at the speed limit, from the Mount Victoria Tunnel to the airport could take up to 50 seconds longer – a maximum 33-second increase from the reduction in speed limits and an approximately 15-second increase at the crossing traffic lights. When the roads are busy, there will often be no change to journey times.