We are proposing a crossing controlled by traffic lights, west of the Troy Street roundabout. Find out how we chose this option.

We investigated and weighed a number of alternatives to select the crossing option.

We have heard the community’s calls for a bridge or underpass crossing and considered these options, but neither can provide safety benefits in the short term. An initial analysis of costs and benefits shows that a crossing controlled by traffic lights is the most cost-effective way to provide a crossing. This option can be built the earliest, providing a safe way to cross as soon as possible.

A crossing at road level will also be easier for many people (including people using wheelchairs or with children in prams) as it doesn’t need long ramps or stairs. 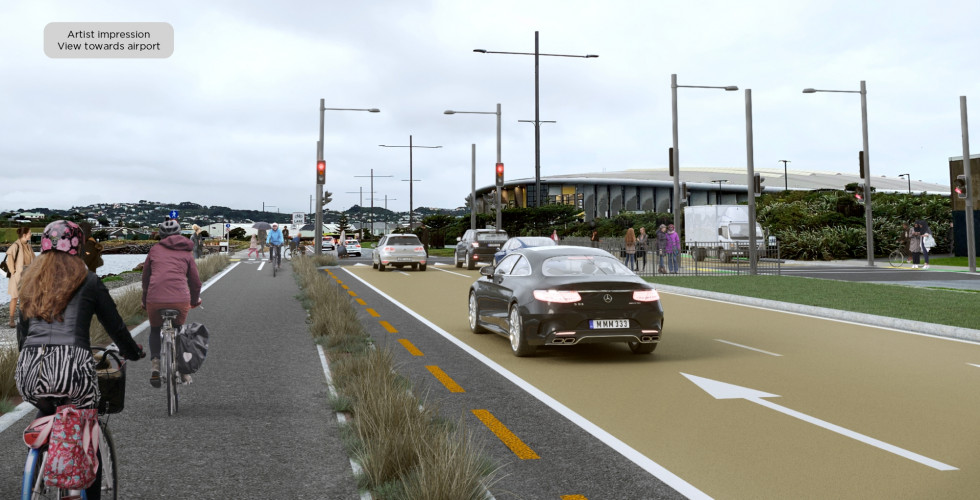 Location of the crossing

We investigated four potential crossing locations along Cobham Drive and Calabar Road to provide a safe crossing to benefit the greatest number of people. 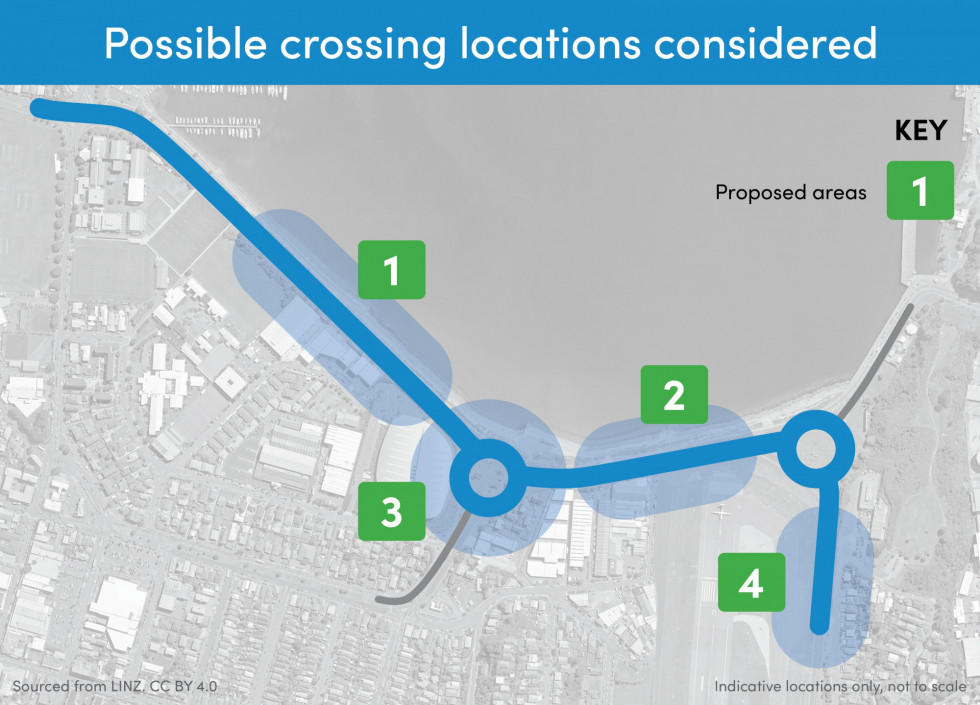 Other options we considered

While a bridge could be a long-term option, we first need to plan the major projects in the area, including choosing the mode and route for Mass Rapid Transit. There are also several challenges involved with building an overbridge crossing.

The bridge structure would need to be very large. This is because this part of SH1 is an over-dimension route, meaning high and wide loads can be transported on it. Any bridge would have to be built to allow vehicles up to 6m high to pass below. As a result, it would also need to have very long ramps, in order to meet accessibility standards. Ramps need to have a gradual slope with level sections at specific intervals to be accessible to all users including people with disabilities.

These requirements mean it would be very expensive (we have estimated it could cost between $10 million and $17 million), and the long ramps mean it would not provide a direct walking and biking route for all journeys. The high cost of an overbridge would not be supported by the additional benefits it would provide, with a benefit-cost ratio below 1, especially compared to the more cost-effective option of a crossing controlled by traffic lights.

We also investigated underpasses or subways. These have been ruled out for different reasons.

Because Cobham Drive is right on the coastline, a subway would be difficult to construct as it would be below sea level or require the road to be raised. Design and construction timelines for such an option would be extensive. It would also cause significant disruption to the road during construction.

As with potential bridge options, the complex engineering required for an underpass means that the greater cost would not be supported by the additional benefits.