We propose a new, safe crossing, west of the Troy Street roundabout – near the ASB Sports Centre.

We want to provide better connections so that more people can use the new Tahitai walking and bike paths. The Cobham Drive section of Tahitai was recently opened and paths around Akau Tangi - Evans Bay connecting to Oriental Bay and the central city are under construction.

We also want to make it safer and easier for people in Miramar to get to places like the ASB Sports Centre, Rongotai College and Kilbirnie town centre by better connecting the area’s footpaths and bike lanes.

Learn more about why we chose this option. 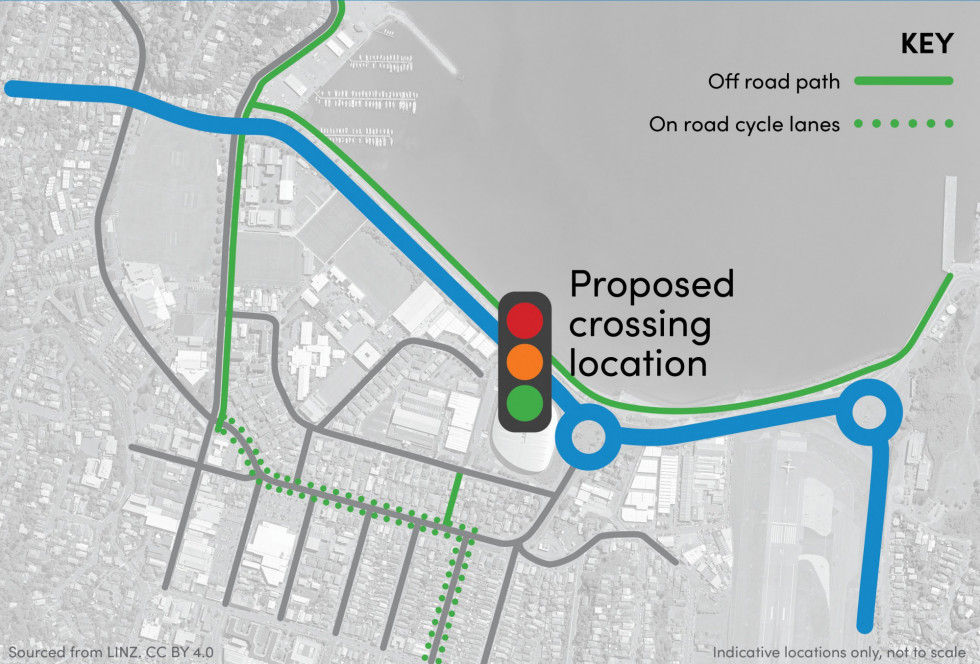 Creating a safe place to cross

We know that some people take risks crossing in this area, as it’s a long way (1.8km) between safe crossing points. A person was killed while trying to cross in 2016, and there are reports of near misses. We want to make it safer and more convenient to get around the Eastern Suburbs by bike or by foot, to help reduce congestion and emissions from short car trips.

We need to ensure that the crossing is safe for everyone to use. We have taken the proposed crossing into account when developing the new proposed speed limits, that’s why we are consulting you on both proposals at the same time.

Layout for the crossing

As well as a 60km/h speed limit, the crossing will be slightly raised above road level and controlled by traffic lights. It will have clear signage and a clear road layout to signal that people driving must prepare to stop.

Considering both the speed limit changes and the proposed crossing, our assessments show that a journey, in free-flowing traffic travelling at the speed limit, from the Mount Victoria Tunnel to the airport could take up to 50 seconds longer – a maximum 33-second increase from the reduction in speed limits and an approximately 15-second increase at the crossing traffic lights. When the roads are busy, there will often be no change to journey times. 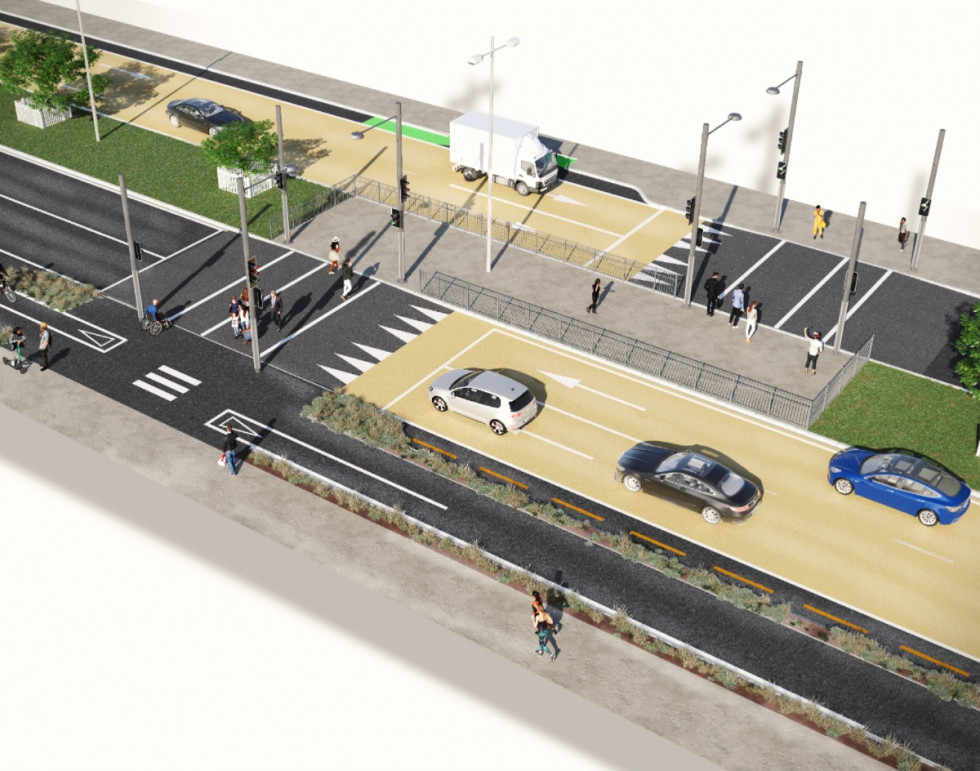 View towards the airport 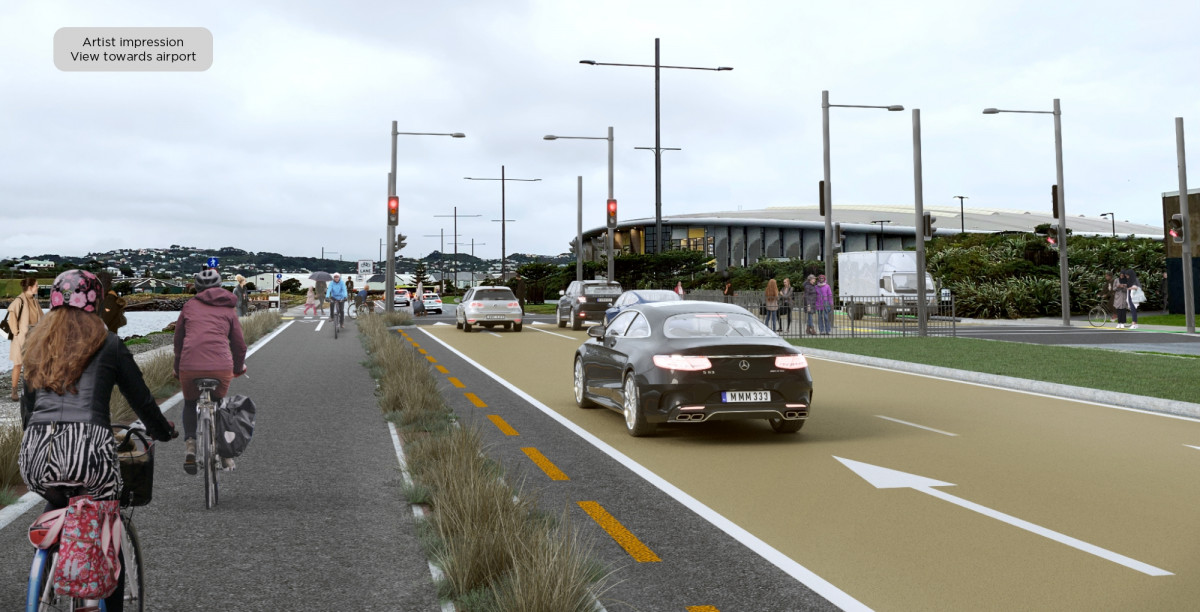 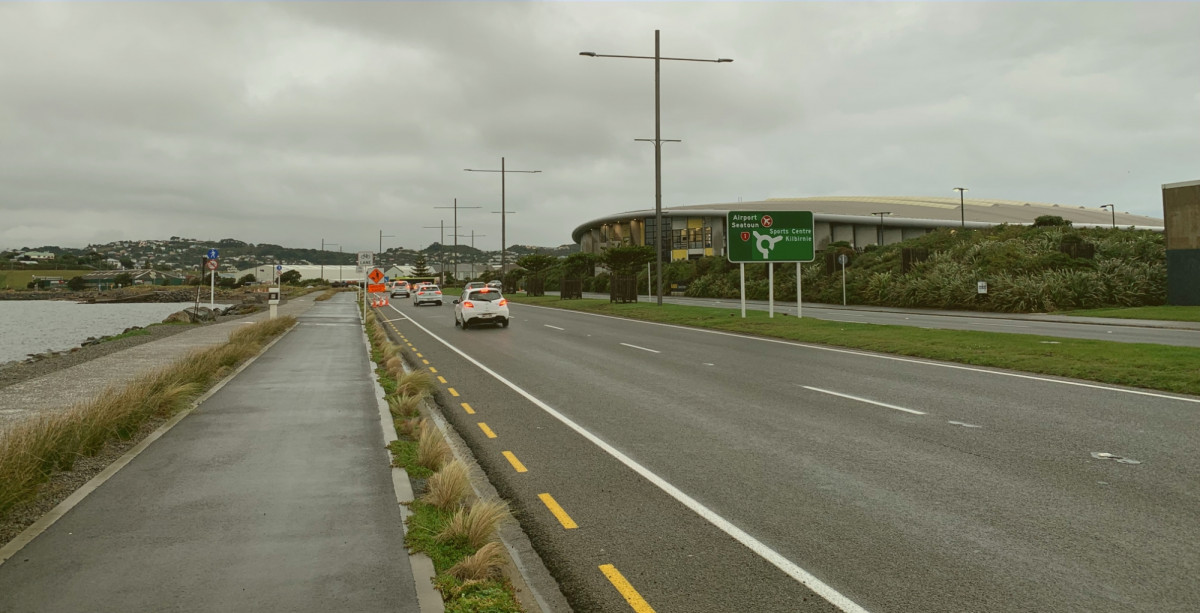